BABY POP and the M⇔Bst Equation

The M⇔Bst equation and the following point of SUSY similarity, 3: “Quantum Force Theory, Spin & the RES
⇔ Equation,” take reference from The Suppliers Butterfly as found in chapter two of “The Theory of Every Business.”

The Suppliers Butterfly illustrates various advantages the network provides to suppliers and manufacturing companies, presented as a spreadsheet following the journey of the “Baby POP” investment principle from 2014 to 2036. To accompany it, 16 feasibility questions are asked regarding specific actions that increase profitability. For instance, the first feasibility question describes and informs the reader of the advantages of the financial software and operation centres financial assistance, and then asks the question:

“Due to the increase in financial efficiency, is the 5% rise in revenue recorded in row (l) justified?

Please indicate your answer in the field below, if higher or lower write in the percentage

To date, with four question sets returned, all 16 questions sets have received “OK” or “Higher” responses. This is expected, as in general, with plenty of room for leeway. I have always underestimated benefits, in a way applying a Monte Carlo method to human financial forecasting, where all probabilities, all answers, are conducive to a successful result (This point is further explored in SUSY Similarity point 14: The PQS – Predictive Quantum Software).

Whilst “The Suppliers Butterfly” presents numerous network advantages, the model was written around the advantages of tenders (guaranteed orders). In the case of our token company “The Window Factory,” from 2014 to 2036 they will exclusively receive orders for windows. This is from the 15 Baby Networks that are to be created from its string.
The results are significant as presented below.

Before we consider “Give Half back” and its “Economic Stimulus” benefits and property holdings, in the case of The Window Factory, from an initial $2,500,000 investment they will have tripled their investment by 2018. Paying back their loan and pocketing $5,000,000 in profit. Where after by 2036 the long term forecast shows the Window Factory accumulating $129,000,000 in profit

In terms of useful profit forecasting for Mother Networks, which (before overpay) receive $2 billion in investment. If 10% of the companies that invest in Mother Networks are suppliers to the building industry. Looking at The Window Factory’s investment vs. annual profit figures in 2018 we can expect $196 million in profit from this sector (2 billion x 10% x 98%) rising to $858 million (2 billion x 10% x 429%) in 2036

As networks create their strings, it is desired for each network within a string to have a sector that uses the Suppliers Butterfly model. For instance, the first baby networks created in 2018 might receive the tenders for production of renewable energy devices.

The M⇔Bst (pronounced M and B String) tells the tale of the tender, and the creation of the strings, combining the growth model of “Baby POP” with the growth model from the “Suppliers Butterfly.”

The M⇔Bst equation (in principle)

In support of the notion that network sets can be described as having “stringy characteristics” we consider: as “Baby POP” creates 16 interrelated networks, each are stronger for it. In the case of the “Supplier’s Butterfly,” we consider the tenders as similar to spin or energy. In as much as each tender adds a new profit centre to a business within a network. This very act, as applied to the Mother Network, assists the Mother Network in its capacity to create and continue to make POP investments into the network string.

The letters and the “⇔” sign within the equation are considered as follows:
Come 2018 the combined businesses within a M (Mother) Network will have saved enough money to create a B (Baby) Network, and in time the Baby Network will grow and create its own Baby Network. This creates the beginning of a (st) string of Networks, which by 2036 creates a league of 16 networks.

One very important part of the equation is the “⇔” feedback loop, if the combined businesses within the Mother Network had not invested their money to create their Baby Networks, there then would be no guaranteed orders. By applying “⇔” the numbers flow in both directions, ultimately feeding back on themselves. This process of going round and round a loop is called iteration that the output of one operation becomes the input of another and so on, and on, and on.

The Baby POP M⇔Bst Investment principle creates the network in such a way that it can mimic String Theory, with many inter-string relationships, vibrations and spins.

(Note 1: The investments that companies make in a Baby Network return trading rights and real estate. As with the creation of a Mother Network, the businesses own what they invest in, capital assets, and often a second income generating business. As a result Mother Networks will ultimately own considerable chunks of all 16 networks in its string, creating many feedback loops).

(Note 2: Each time a Baby Network is born, it sees 50% investment from its Mother and 50% from new investors, largely small local businesses).

Is simply that a mother has a baby, then supports and brings up the baby. And in time the baby has its own baby, creating an “extended family”. Within that family unit (in most cases) iteration will apply. And if necessary the baby will end up looking after the mother, and in general all within the extended family try to look after each other.

As a philosophy, the mechanics of the network are identical to the most natural of instincts within us. This also applies to nature itself, making a note that even plants adopt this protective behaviour. In many ways the M⇔Bst mimics basic genetics, it is nature.

The M⇔Bst equation in mathematics

Before the consideration of “Baby POP” networks having stingy behaviour, at the beginning of “The Theory of Every Business,” a graphical representation of the butterfly effect was presented.
It was suggested that:

“This graphic represents a fundamental building block for the PQS (Predictive Quantum Software) economic probability software, where within, millions upon millions of companies and staff actions are to be plotted in such a manner as to optimize the flow of money, PR initiatives and objectives we wish to achieve.

As a starting point however, one of the first brainstorming exercises will be to make a huge blow up of the image below and have everyone start sticking post-it notes on it, looking for other circular events. 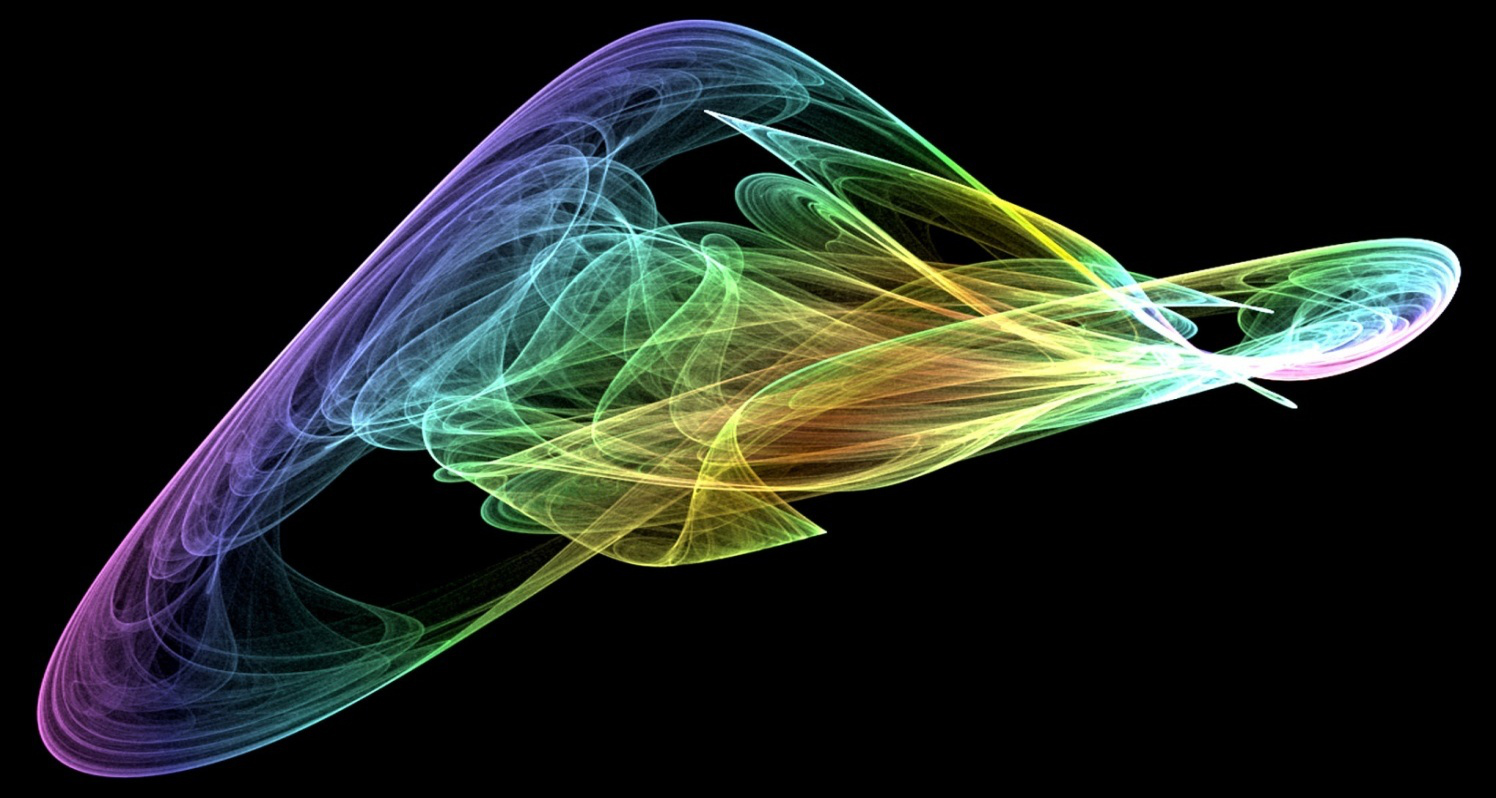 By considering an expansion of the M⇔Bst equation, where we include current and future tenders alongside new companies created by POP investment, including the tenders they might have or will receive, we have gone way past post-it notes.

Such an equation or calculation would, in plotting, be very large and changeable particularly in terms of the new business to be created and their expected tenders. However at any fixed point in time the PQS software is designed to display the current probability for each company way into the future.

This large calculation could be simplified for easy viewing.

For instance, M becomes “The Window Factory” (TWF), and “B” the number of networks that are seeing POP investment.
We shall move to 2021 and say TWF has 2 Babies in its direct string, and has created two more via “Angel POP” and Satellite String Networks. As such TWF may have tenders from 4 networks so the M⇔B changes to TWF⇔ 4. Then the ST becomes the number of networks, which will receive tenders when all strings are complete; which could be around 40 tenders, so we write TWF⇔440

By 2040 when TWF will have exhausted its supply of tenders from its initial string, due to diversifying and creating new business each time a POP investment is made we could see this TWF⇔38258

These calculations can be seen as the amount of vibrations within the strings, for each business much effort will be placed into plotting its various possible futures. Looking generally to increase its energy in terms of tenders and other profit centres. These calculations become part of the butterfly, the cause and effect dynamic of one action on another and the ripple thereafter.